Being conscious is a state of being and doing that we value as something that defines us as human.

Not to be confused with the idea of consciousness as a means to discuss existence itself, human consciousness has been studied both neurologically and experimentally for as long as history has been recorded and likely beyond.

Consciousness is often considered as a precursor to wisdom and spiritual development and as such a desired goal of many people is to become more conscious. The search for answers has us both looking to the heavens and looking inside. 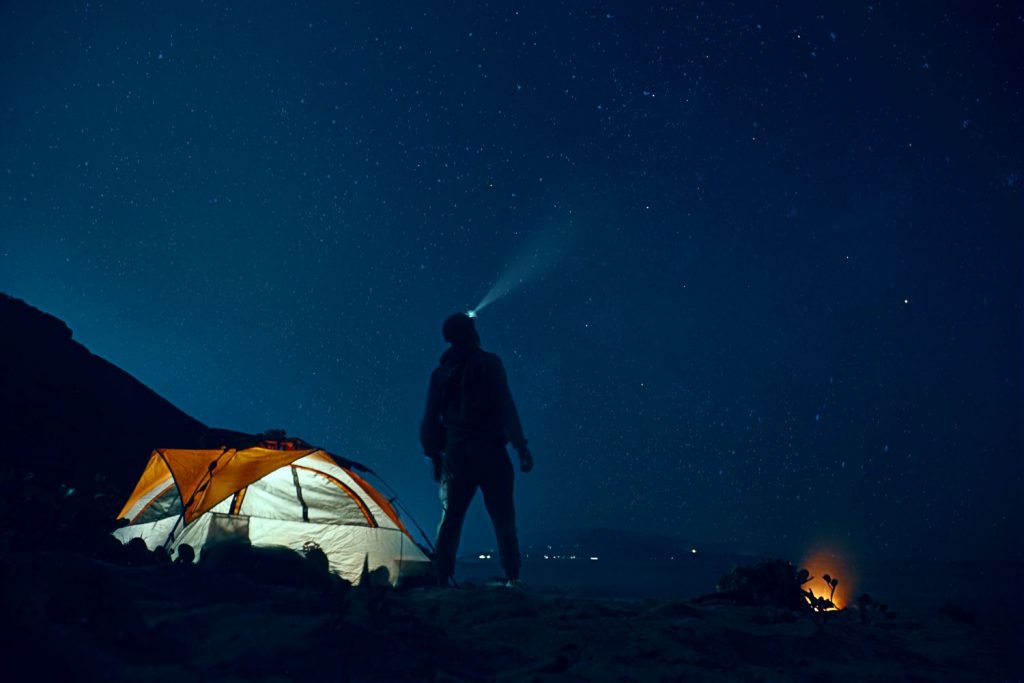 Is consciousness continuous or individual moments

One of the debates in science around consciousness (in human terms not existence terms) is the question as to whether consciousness is continuous or whether it is segments of discrete snippets of time. One is the obvious answer but the other is what we experience.

Intuitively we think of consciousness as continuous because when we see something in motion we see it smoothly with no breaks.

However, sensory information must be integrated over time before motion and melodies etc can be perceived. Hence, consciousness cannot happen instantly.

Change cannot be perceived at the time but only after it has happened.

This shows up as a distinction called event time vs brain time.

If for example, an event of light and sound happen at the same time then this is considered an actual event timing. Brain time however is different.

The brain can process auditory (sound) information faster than visual information. This is approximately 0.2 of a second compared to 0.4 of a second. The brains processing then has to time shift and synchronise both these signals to make a complete whole.

This is one of the main reasons we can have illusionary effects from fast stimulations of light and/or sound.

So there are valid arguments for both ideas. Which of course leads to the conclusion that the answer is actually not one of ‘this or that’.., but rather ‘this AND that’.

The solution is a two stage model in which long-lasting unconscious processing precedes discrete conscious moments of awareness.

Although discrete consciousness has been measured at about 40ms and anything shorter than that time period is not perceived, the reality is that in some cases anything from 3ms can be enough for perception.

Science has measured the approximate time interval of a part of the brain referred to as the non-simultaneity detector which stops us noticing minor details that it would consider to be part of the same event. But the discrete idea cannot stand alone.

We can react unconsciously to something faster than we can be aware of it.., like blinking an eye to stop damage from an object moving toward it.

And this makes sense if you consider how impossible it would be to live any sort of non reactive life if we were aware of every detail that our brain/mind picks up.

It would seem that we are missing parts of reality due to neural processing speed and convenience.

Therefore it could be said that most of our life is unconscious.

Can we change that and become more ‘conscious’?

In lab experiments studying consciousness (with mice) results are calculated based on whether the mouse reacts or not. If it does then that is of course conscious.

In studying this obvious result and in line with the idea of event time and brain time above, scientists have discovered a set of neurons that act like an on/off switch. The above research refers to this as the non-simultaneity detector.

These cells could be considered as being what we allude to when we say ‘our minds eye’.

People who are in a coma often have damage to these neuron cells, the result of which is no awareness at all.

Changing what we see in our ‘minds eye’

By using chemical inhibitors in studies, the sensitivity of these cells can be made stronger or weaker which results in less or more reaction to external stimulation.

In essence.., scientists can effectively change the level of consciousness!

Do you remember the experiments years ago with subliminal messages? No doubt they are still used but these were openly talked about as being unethical due to how effective they were. Like where subliminal messages for a product were hidden in a frame of film that were missed consciously, but resulted in a higher amount of those people buying the product afterwards.

Again this is due to the threshold of time between one stimulus and another and the length of each. That average 40ms time-frame before something is different and discrete enough to bring awareness to it is a time lag. If another stimulation is sensed in quick succession, then the first or even both are ignored as unimportant.

The brain is clever though.., research shows that if there are three short events then often the first two are combined and the third is ignored even if they are all too short to be detected by themselves. It would seem that the brain does not like an empty time of no stimulation.

Out of interest, speaking is an example of a primarily unconscious process with moments of conscious awareness to steer the direction of the conversation. We can speak faster than we can think the words consciously.

With this knowledge, what would happen then if we combine these understandings with recent findings on brainwaves?

State and contents of consciousness >> 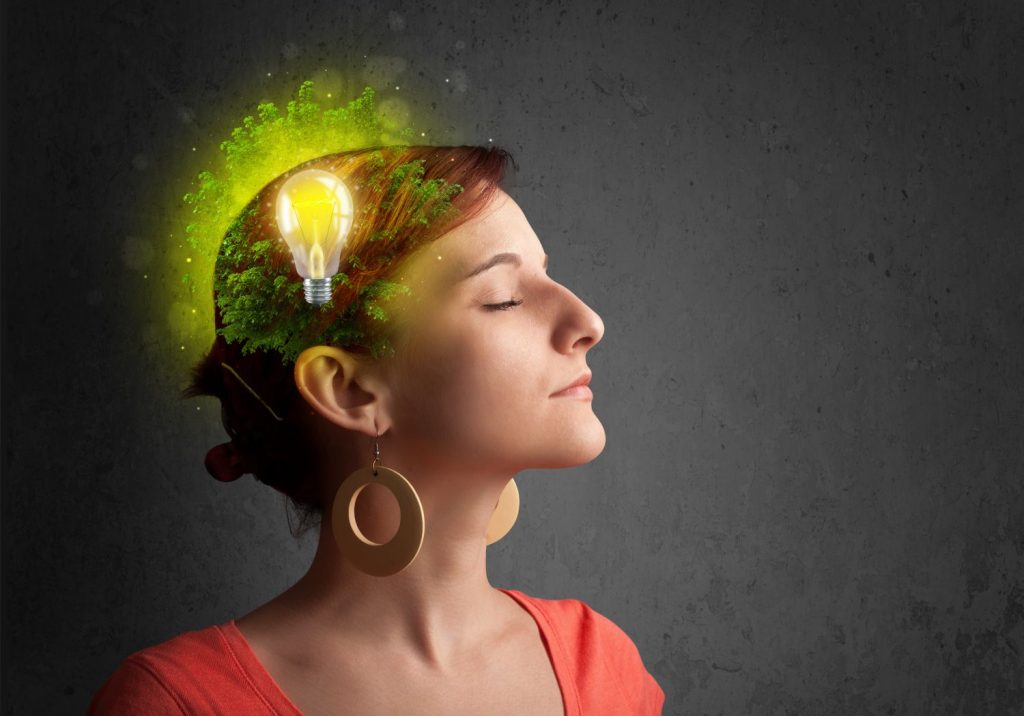 Are brainwaves consciousness itself

This next bit is REALLY cool research…

This research into consciousness focuses on resonance as being the key.

And resonance in the brain is brainwave synchronisation.

So could consciousness itself be brainwaves?

This idea is supported by other research that brainwaves can leave the mind before or after the body dies.

Maybe when it leaves before.., it does so to avoid the pain of physical death. And maybe it leaving afterwards is all the proof we need that consciousness is not dependent of physical life.

Surprisingly little is known about where brainwaves actually come from. They are easy to measure with EEG, but not so easy to state with certainty where they come from or how they start.

Increased synchronisation and resonance and consciousness

Studying the relationship between primarily Gamma, Beta and Theta brainwaves, the theory is that consciousness is about increased synchronisation of vibration/resonance.

The idea being that even one atom can be called conscious. And that as more and more atoms group together to form matter, the synchronisation of these atoms creates a type of resonant consciousness that becomes increasingly self aware.

And the frequencies capable of synchronising are generally higher too for humans. Gamma being an example of a higher level associated with higher consciousness.

And in fact Gamma oscillations seem to be the main observed precursor and controller of this synchronisation and resonant coherence.

This all makes total sense to me as a possible explanation of what consciousness is.

IE: Consciousness for humans could be as simple as neurons in the brain resonating/vibrating in unison to create a sum greater than its parts. The more of our brains that synchronise and work together in this way.., the more ‘conscious’ it could be said we are.

I like to think visually of a large group of birds that fly in formation and act as one mind, effortlessly changing direction and each bird being enhanced by being connected to each other bird. If you’ve ever seen such a large display of birds doing this you will know how awe inspiring it is. You can ‘feel’ the intelligence and flow of it even just watching it.

For us using audio visual entrainment, this suggests that as our brains get better and better at synchronising.., we are potentially becoming more and more conscious as well.

Yay for us! Haha 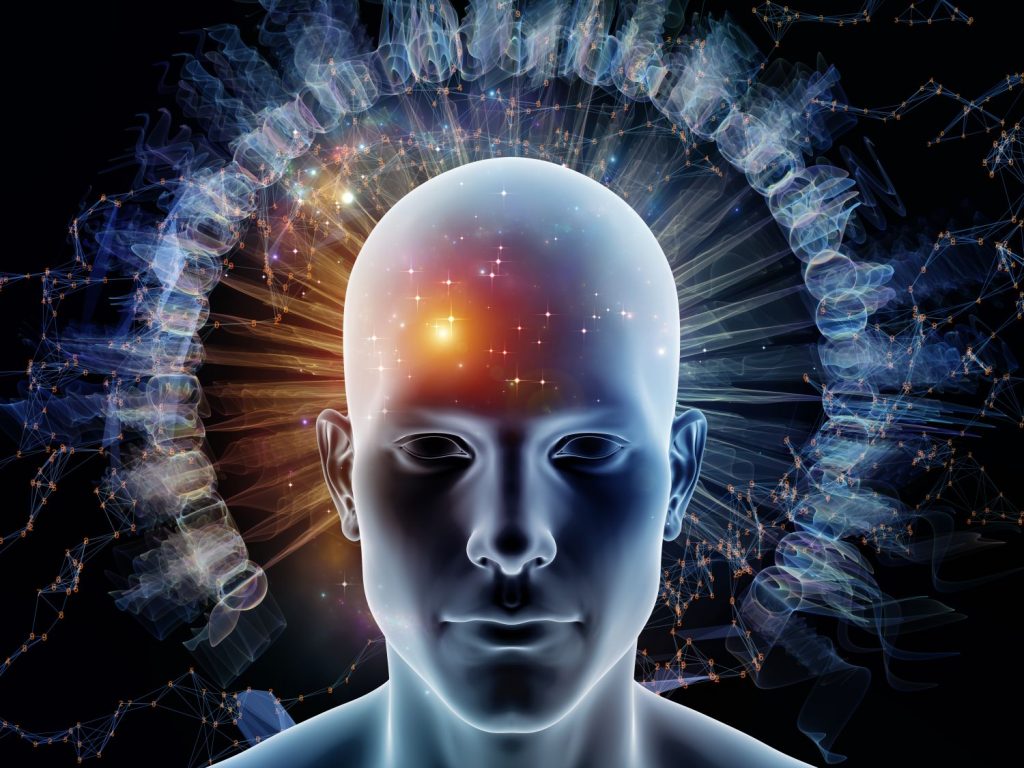 So in my mind, this raises the question of, what would happen if you purposely increased the processing speed of inter-brain cell communication.

Could you experience more consciously (visually and beyond) due to having more moments of awareness allocated by these minds eye cells?

And would you also be aware of more because your brain is working in harmony as a whole?

I think the answer is yes.

Can we do that with audio visual brainwave entrainment?

I think the answer to that is yes too.

Think about it, if you are in a deep trance state or asleep where brainwaves are typically slow, and someone makes a noise.., often you don’t respond.

It could be said therefore that those slower brainwaves result in less consciousness due to less awareness allocation.

And on the subject of brain harmony, if you are anxious.., brain scans would show that one hemisphere/side of your brain would be less active than the other. Anxiety cannot easily be experienced at the same time as rhythm (See ‘How can I sleep better’ article for more on that).

So inter-hemispheric synchronisation or harmony can in this instance eliminate anxiety. In other words, whole brain activation leads to more resourcefulness and choice. Brain harmony leads to a more conscious state of being as opposed to being at the mercy of emotion.

Could be. And I think again that the answer is yes.

This is just my intuition and unproven, but there is enough research around cognitive performance improving after using audio visual entrainment to suggest that it may be accurate.

And in many of these cases the two factors that often seem most responsible are increased inter-hemispheric communication and higher brainwaves. Gamma waves for example, are getting a lot of attention around the area of decreased age related mental decline among others.

More on that idea in another article.

How do you use this information to your advantage

Even if not proven yet in science.., the idea of increasing consciousness with technology is interesting regardless.

And as with any practice that has potential to help us.., consistency of that practice is key.

So for users of audio visual brainwave entrainment, this equates to choosing a goal like cognitive enhancement, and doing something toward that goal 3 or more times a week for at least a month. Jumping from goal to goal although fun and still beneficial is not as good as focused attention on one or two goals.

Inter-hemispheric synchronisation will happen with any entrainment session but long term entrainment itself will improve dramatically with consistent use of the same type of protocol.

As indicated, there is sufficient evidence around the use of Gamma frequencies and in particular 40Hz that I would make that part of your use on a relatively frequent basis.

There are a number of RX1 sessions available that use that frequency either by itself or in conjunction with synergistic lower frequencies.