One of the ongoing challenges with hypnosis and hypnotherapy is the ability to guide someone into a deep enough state to be both open to suggestion and to be relaxed enough to not fight the process to their own detriment.

I’m not saying that a trance state needs to be deep to be effective, as it’s possible to do great work with most people in even a very light trance. Sometimes though, a persons conscious thoughts and tension can interfere with an effective hypnotherapy session causing it to take longer or for more sessions to be needed. So it is useful to have ways to help the person let go at a deeper level. 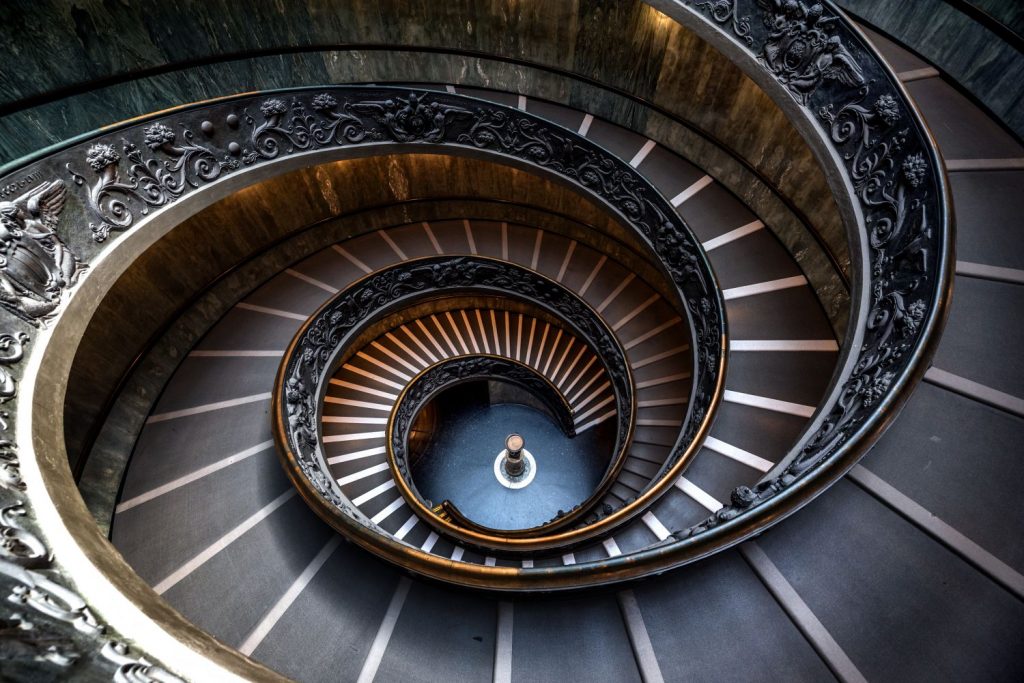 Without getting into the many techniques for hypnotic inductions I would like to point out this one because it’s used surprisingly little, but used correctly is a very useful and powerful technique and not just for hypnotherapy sessions.

I think some hypnotherapists avoid it partly because it is counter intuitive and takes confidence in abilities despite being hard to get wrong. To be fair, with the right relaxation techniques fractionation is not needed either but having it as an option can help you get past some potential challenges when helping someone relax.

Fractionation in hypnosis is basically the practice of bringing someone out of the trance state for a very short period of time before putting them back in again.

By very short period I mean literally you would say something like… “In a moment I’m going to count to five and on the number five you will open your eyes and be awake and alert. And when I say the words ‘close your eyes and relax deeper now’ your eyes will close and you will go even deeper into a trance than you were before”.

What is the purpose of doing this?

The effect of fractionation in trance and why it works

Doing this process of bringing the person slightly out of trance and then putting them back in again has the effect of deepening the trance in most people.

The body and mind have what might be considered a working memory. Defined as a temporary storage of information to facilitate decision making and behaviour.., working memory is often referred to when talking about an active mind but the reference to the body is less common.

When talking about the body.., it’s kind of like what people do with body movements to stretch a body part further. Not quite the same but metaphorically similar, this is known in fitness circles as PNF stretching or Proprioceptive Neuromusclar Facilitation (flashbacks to fitness trainer certification come flooding back, haha).

[PNF stretching is where you: Stretch a body part as far as it is comfortable to go (usually with someone else’s help). Then that other person pushes (with safety and awareness in mind) in the same direction to stretch you further. And while they do that.., you tense your muscles to push back against the further stretch. Then both you and your helper (if using one) stop pushing and relax, before repeating doing the same thing again.]

The effect of PNF stretching is each time you can stretch slightly further as muscles and ligaments go back and forth in a stretch, tense and relax fashion. This works through part muscular adaption and part neuromuscular adaption.

The tension against stretching resistance causes an interruption and cessation of the pain signals in the brain that are causing the muscles to stop earlier than your actual ability. Needless to say this should only be done with experience and care but the results can be dramatic.

Tension and relaxation work off each other

Metaphorically, hypnotic fractionation is similar. Each time you take the mind (and body) into an altered state and then bring it back again, repeating in quick succession, you get that same effect of going further each time. A type of back and forward between mental tension/arousal and relaxation.

It’s almost like getting multiple trances into one session, and we all know that the more you practice something the better you get at it. IE: Every time (with a few exceptions) a client goes to a hypnotherapist for a session, they will find it easier to get into a trance state and therefore will often also go deeper.

Each time you or they relax, you/they will be more familiar with what to expect and will likely have less resistance to the process.

How often should you use fractionation

You can use fractionation as often as you like and I would suggest you experiment with about 3 times as being a good number. This technique can be combined with asking a person a question during the awake and alert phase as well, before then getting them to go deeper again.

For this same reason don’t worry if someone spontaneously opens their eyes during a session either. Just use that as a chance to do this technique. Remember the power of utilisation in trance work.., whatever happens, use it as if you were expecting it and as a way to add to your session.

Like I said, this fractionation idea seems counter-intuitive because you would think that bringing someone out of trance would ruin all the effort you’ve just made to get them into it, but trust me, it’s worth having a go with.

Remember that people who come to you for hypnotherapy are in a very suggestible state so use that to your advantage and pre-frame what you are going to do so they are ready for it. That is unless you are planning to use a different strategy of induction, like for example pattern interrupts where a slight shock to the mental system can induce trance very quickly. But that is beyond the scope of this article. 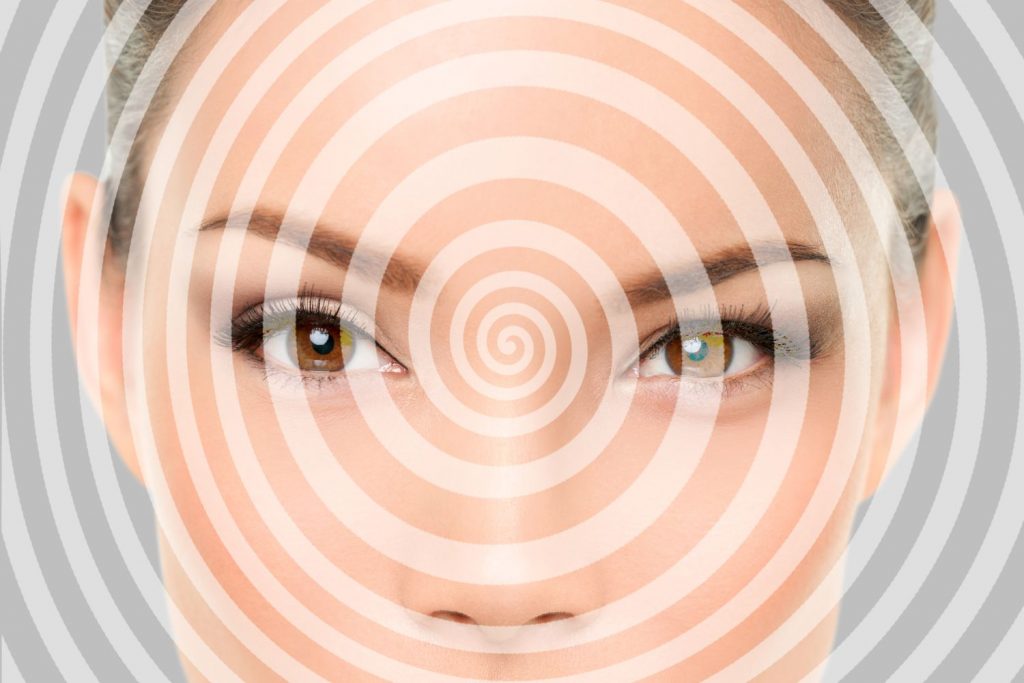 When does fractionation not work

Like anything that is a tool for change, flexibility is key as a change agent or hypnotherapist.

Some people will be so easy to guide into a hypnotic trance state that even just asking the person to close their eyes and relax is enough and they will be ‘off with the fairies’ (technical term). Clinical studies on fractionation and indeed any hypnosis technique tend to not allow for this flexibility. They try to isolate one aspect of a hypnosis session and study that with understandably varied results.

Despite this, studies do show fractionation as a stand alone technique to be effective in inducing alterations in brain activity and relaxation. The study linked below is an example of this incomplete but still promising scientific basis for the use of fractionation.

Speak to any hypnotist who combines fractionation with other deepening hypnosis techniques however, and you will hear that the effect is greater than the sum of it’s parts.

Using fractionation outside of hypnosis

This idea of deepening or intensifying a state of mind and/or body by using this back and forward technique is not limited to hypnosis.

And in fact in some cases it’s used unethically to influence people by taking them on an emotional roller coaster of giving and taking positive or negative emotions in a similar pattern that intensifies the experience.

Giving a prisoner for example a brief reward before then taking it away again a few times can have the effect of sinking the person deeper into despair.

On the positive use side though, any form of mental state that has periods of interruption within a short amount of time has the potential to create a deeper sense of that beneficial state.

Emotional or physical state intensity being one example where the strength of the state is built and then eased off before building again.

Or a longer meditation or breathwork session where through use of music and/or instruction people are taken on a journey of alternating between a more intentional aroused state to a more allowing relaxed one.

Experiment with using this knowledge to your advantage in your meditation sessions by purposely meditating in an environment where you may be distracted. Either by a voice or a noise or by setting an alarm that you then turn off and go straight back into your practice. You may find it deepens your practice in ways that just meditating for longer cannot do.

And learning to be OK with being interrupted without getting annoyed with the interruption will serve you in ways that you have to experience to understand.

Most teachers of meditation would say that multiple shorter meditations are better long term for your emotional intelligence and mindset than one long meditation. So have a play with the idea and see what works for you.

If you work with clients either hypnotically or in meditative way and you’ve never tried using this technique I suggest you give it go.

It goes without saying that rapport and trust need to be in place before any such technique will have any beneficial effect.

Briefly, on the subject of audio visual brainwave entrainment as a tool for some pretty profound and deep trance states this technique is quite easy to use. And in fact some of the sessions created for the roXiva RX1 device use this technique built into the session.

The humorous side of me considered inserting contradictory thoughts in a few places in this article to see if fractionation in writing works too.

In search of the perfect affirmation >>