[ Reality is only reality if differences are noticed || Event boundaries || The reticular activating system and mindfulness || Is the fundamental effect of mindfulness, noticing differences that alter reality ]

Researchers have long wondered why it is that as people age.., it is usually short term memory that suffers first (and in some cases is the only type of memory effected).

It seems that the reason for this is that memory is primarily not set up for the purposes of remembering, but rather is to help us do better next time.

Called ‘event memory retrieval and comparison theory”, the brain is constantly comparing input from the outside world with mental models of similar events and memories from the past. 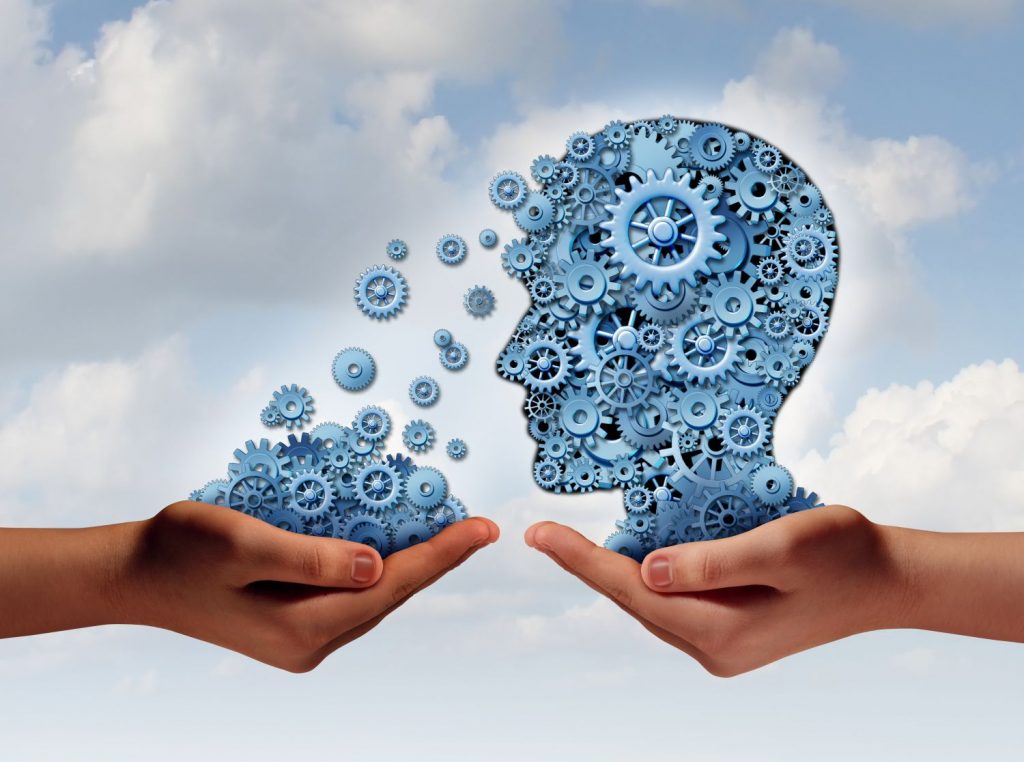 Reality is only reality if differences are noticed

If an event is so similar to a past event that differences are either not there or not noticed due to less brain health or alertness.., then the event is considered not important. Not only this, but the event is actually coloured and altered to match the past and therefore becomes a fabrication of reality and not reality itself.

Lets not get into what reality actually is.., Lol.

The point is that if differences aren’t noticed, then memory becomes repetition of sameness and nothing new is learned.

If differences ARE noticed, then the brain goes into update mode and the event is more likely to move into long term memory and lead to improvements in performance. And when differences are noticed the original memory is actually also strengthened.

In therapy this effect is called a gestalt. Gestalt therapy works on the basis that the original event that caused a ‘challenge’, becomes the beginning of a chain of similar events. Breaking that chain, ideally by changing the perceived memory of the first event, will often remove the power of all the other events linked to it.

As people get older sometimes a combination of less sharp senses and less efficient neural connections in the brain lead to noticing less detail around them. People can start to rely on a more unconscious habitual way of acting that is less open to new learning. Dementia and Alzheimer’s usually lead to this inability to process new events into long term memory.

Teaching people therefore to look for and notice difference is a valuable memory tool. And even if their habit is to look for sameness.., they are filtering out difference in order to make that judgement.

Another interesting thing related to this awareness of detail, is that the brain separates bigger segments of time and space into smaller chunks.

This is often noticed when you walk into a new room in your house or building and forget why you even came into the room.

This example is due to the brain seeing the doorway itself that you walk through as being an ‘event boundary’, and therefore a new chunk of time/space that means previous recent events are no longer needing of focus.

I always wondered why that happened!

So asking yourself or getting your clients to ask themselves questions like “What is different about this”, or practicing seeing and doing things differently will likely lead to improvements in memory and performance.

But it goes further than that. We learn through both methods.., sameness and difference.

In cognitive psychology this is sometimes referred to as matching and mismatching. Some people are heavily biased toward one over the other which can drive someone with the opposite or balanced preference nuts (to use a technical term).

You may know someone like this who either cannot see a possible downside to an idea (biased toward matching).., or always finds a counter example to your statements (biased toward mismatching). Obviously both preferences can be used to a persons advantage or disadvantage.

The challenge is that as we get older (and this is a generalisation) the stresses of a busy fast changing world tend to make sameness, consistency and predictability appealing as a mental strategy.

A higher than average percentage of people simply don’t like change, as change can be stressful.

The problem is that this leads to more stress because the mental (and sometimes physical) pressure to change in a rapidly changing world gets greater and greater.

So training yourself or a client to notice positive difference can be a powerful way to personal growth and adaptation.

Asking “what is different here/now” reinforces change.., even if no change has actually occurred! 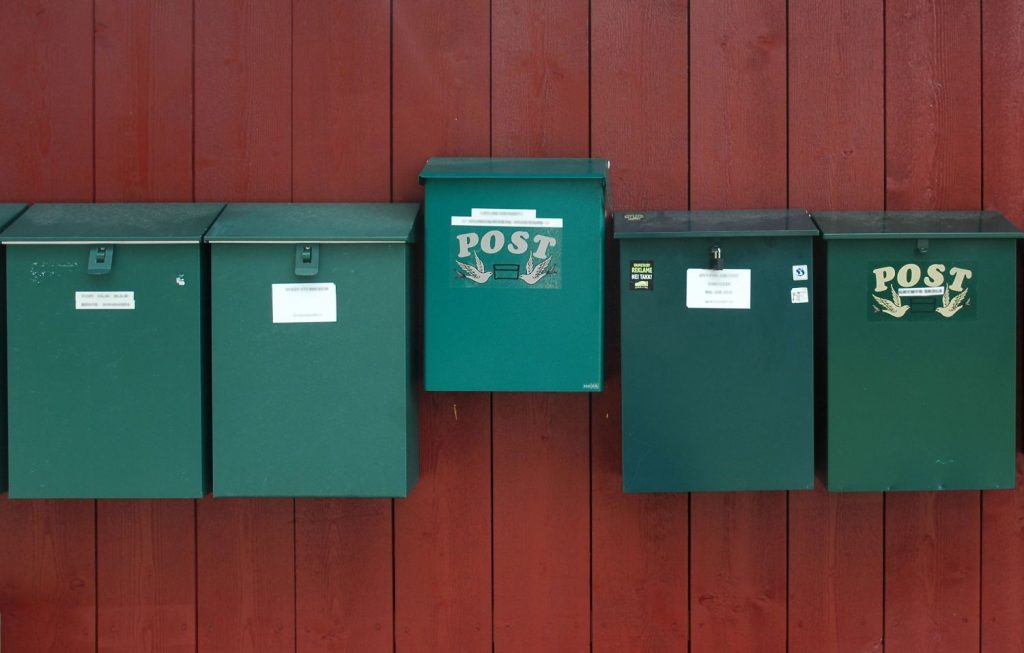 The reticular activating system and mindfulness

Lets build on the above idea.

Have you or someone you are close to ever purchased a new car, and then all of a sudden you see that type of car everywhere as if there are suddenly more of them?

Gratitude and the Reticular Activating System

A gratitude practice can have the effect of engaging the sameness part of mindfulness. Being thankful for what you have involves noticing things that are frequent in your experience. At least that is the easiest form of gratitude.

Added to that though.., if you start to purposely notice what is different then that will become part of your gratitude also.

And two things happen when you do that.

Firstly, you start to appreciate change and therefore the stress of change goes away.

Secondly, the RAS engages with this new pattern of noticing and you see more of what was already there but ignored in favour of habitual noticing.

This is a clever way of changing thought that leads to changing action and habits.

Proof of change is not external

Have you tried to make a change in your life but felt stuck and like nothing will work?

Proof of change is not necessarily reflected in the outside world. There is often a lag time between change of thought and action, and that change being reflected back to you as evidence.

Proof of change is therefore, that you respond differently to the same circumstances.

And asking yourself “what is different” is one way of speeding up that process of accepting a new belief about yourself or the situation and the evidence being there to support it. Each adds to the other and before you know it, you are a different person acting differently.

Sameness or difference, which is better

Only noticing what is different will lead to it’s own challenges.

When to use each way of thinking is contextual.

The ideal advice in my opinion is to start with your weakness in the context you want to change and make it stronger.

And that depends on what label you place on sameness or difference.

Noticing that your friend or partner is doing things different to you could be a good thing or a bad thing depending on how you and they value sameness and difference.

Most people who have challenges notice the opposite in others than they notice in themselves. IE: One rule for them and another rule for others.

Hence the idea of other people being a mirror of what we need to look at in ourselves but perhaps don’t yet see. That’s another topic in itself though.

Sometimes.., even noticing negative difference can be useful to break a habit if used constructively without too much self reprimand. Positive reinforcement balanced with a smaller amount of a ‘kick up the arse’ by yourself. This is engaging both ‘toward’ and ‘away from’ motivation.

Is the fundamental effect of mindfulness, noticing differences that alter reality

Mindfulness as a practice is a balance of both sameness and difference. Although at least in the beginning the practice often involves noticing different things to what you would normally notice.

Being more aware and in the moment for most people involves expanding your awareness to see, hear and feel things that were always there but until now were dismissed from conscious attention.

Even noticing different feelings and how they move in the body during a meditation or trance state session will help with this.

Having the ability and practice of being both internally and externally aware is surely fundamental to mindfulness.

I put it to you that the only way to make any sort of personal or collective change that lasts is to notice the change.

That last sentence is almost stating the obvious but the obvious is often what is missed.

I would add to the above by saying this:

Miracles are only miracles because they come at us with a significant enough difference to normal events, that we notice the difference and the brain then goes into update mode.

Even the mundane can become a miracle when presence is increased.

And this of course is the basis of mindfulness.

Call the practice what you wish.., but science and psychology point to this focus on increased awareness as being a cornerstone to health (certainly mental health anyway) and fulfilment.

Quantum physics has shown that observation alone can alter the result of an experiment. Just do a search on ‘the double slit experiment’ and you will see for yourself. Just looking or filming the experiment changes how light behaves. At the quantum level.., observation really does create reality.

And are we not macro versions of the quantum world? The answer is yes although more complex than that. When you add the psychological understanding that perception is reality, the mind starts to wonder just what is possible with guided thought and observation.

And do so in the knowledge that the practice is helping your memory and cognitive abilities as well.

Use expectation and the placebo effect to your advantage >>

In search of the perfect affirmation >>