Some might consider this is a bit of a stretch and I certainly make no promises of enlightenment of awakening by any means. But I can tell you from having created entrainment sessions used by thousands of people that I believe it’s not only possible, but potentially a great way to enhance and encourage the process of awakening spiritually. 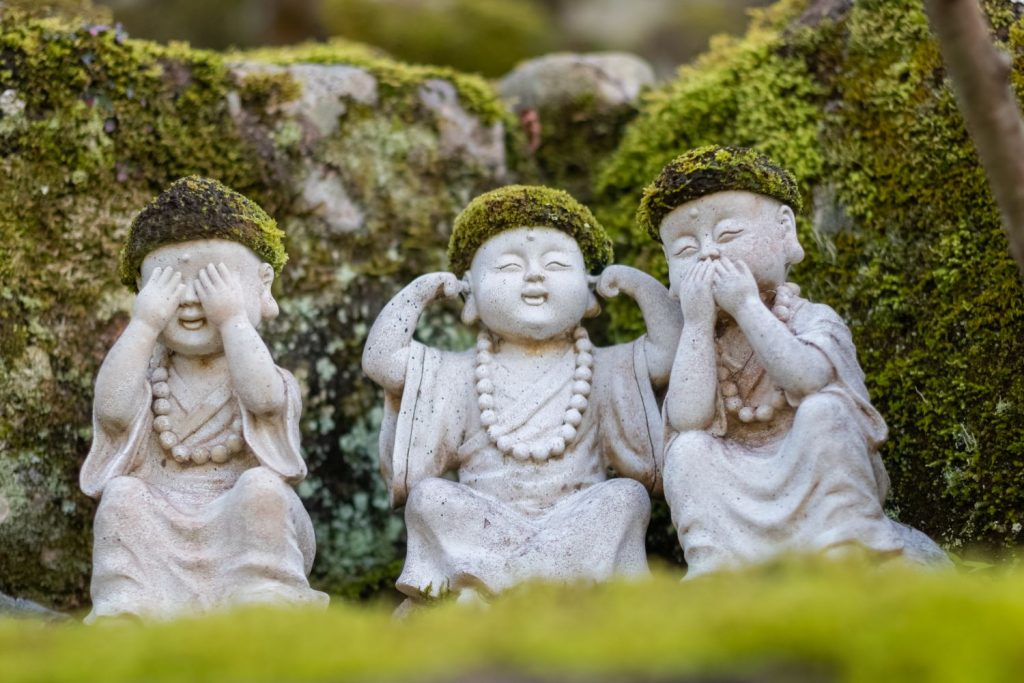 Firstly of course though.., does awakening (or enlightenment) actually exist and secondly, can technology help us get there.

Well I’m not going to try to prove that one way or the other but I think you will find some of the latest research and ideas on awakening very interesting. And potentially find them worth adding to your mental/mindful practice with or without audio visual brainwave entrainment devices.

Stress, anxiety and depression are probably the most common and life sapping afflictions of our time.

So aiming for a spiritual awakening can only bring with it some pretty cool side effects. That is of course as long as you don’t beat yourself up for not getting there as fast as you might think.

Self acceptance is another topic of course.

What does it mean to be spiritually awake

This is in my opinion, subjective and open to debate. And I suspect that being awake in a spiritual sense is not so much a goal that once achieved has everything fall into place in one big rush of miracles. I don’t doubt people have such experiences though. Rather, to be awake is more a way of life that once habitual seems like it was an almost quantum ‘in the moment’ shift.

Habits and beliefs and personality traits that include our sense of self can and do sometimes change with a threshold event. And once that event is past, this new way of being becomes automatic.

To give spiritual awakening a kind of definition, lets define it as the letting go of the sense of self or ego mind in favour of a reality beyond that which we would label as being just human. A type of connection with a higher level of mind or godliness that brings a sense of being connected to all that is. In a way it is an opening of the heart to the world rather than just the mind. At it’s centre.., it could be said to be a type of hyper or increased awareness or arousal.

This definition is of course quite basic but for now it will do.

Most people with a view on this subject would agree that one of the ways to encourage becoming ‘awake’ is through a consistent meditative practice.

And most people would also agree that Buddhist monks, if anyone, often deserve the label of awakened. And experienced long term Buddhist monks were the primary focus of the research I will refer to in this article.

Is spiritual awakening a real thing

This is where the science around this idea is really interesting.

Can someone who is considered spiritually awake be measured and quantified mentally or physically in a way that can be compared with someone not considered awake? Allowing of course for the slightly subjective nature of what being awake actually is.

Yes they can. And yes they were in the linked study below.

Western science and tradition have labelled meditation as a means to relaxation and rest. The west has predominantly ignored the eastern knowledge that it is actually mostly the opposite.

Alertness and wakefulness are not the same

Many modern practices engage or even encourage a type of in between state between awake and sleep as being the goal of meditation.

In summary, we have taken the practice of meditation out of context.

IE: Meditation (particularly as experience and time progresses) actually engages alertness and increased awareness. For sleep to occur, the parts of the brain responsible for being in a true meditative state, actually need to disengage.

Meditation is NOT a path to sleep!

Alertness and wakefulness are not the same thing.

MRI, EEG and cognitive tests all show that as meditators gain experience in their practice.., scores in alertness and attention all go up! Increased sleep does not produce this same result.

And these benefits are apparent with both FA (Focused Attention) an OM (Open Monitoring) based meditation practices.

Even a single 40min meditation session has been found to increase accuracy and vigilance in students. Sleep or a nap does not have this effect.

And even after a night of sleep deprivation, the effects of a session of meditation are apparent. Again by comparison, trying to catch up on missed sleep takes significantly longer or doesn’t work at all.

In these science based studies, meditation is stated neurologically as Theta (approx 4-8Hz) and some Alpha brainwaves (approx 8-12Hz). Sleep however (and therefore NOT meditation) is considered as Delta waves (under 4Hz).

Recently also, Gamma brainwaves (approx 32Hz and above) have been identified as being more prevalent in meditators.., especially the Buddhist meditators studied here. This adds to the notion that meditation is more about increased arousal and not decreased arousal.

The real goal of meditation

Until recently, most studies on meditation have considered decreased arousal as the main goal with less sleepiness, fatigue and increased attention as secondary at best.

It seems that one of the real and less talked of benefits is in fact that of a relaxed yet INCREASED mental arousal state.

This is what is referred to as awakening.

Spiritual teachers in fact will often tell you that as you become more awake or enlightened.., you actually also notice more of the ‘darkness’ and not just more of the ‘light’.

And this effect does not stop with being awake. The increased arousal and alertness is present during the sleep cycles of these long term meditators as well with higher Gamma activity included.

So it’s reasonable to say that being spiritually awake is a real measurable thing in both waking and sleeping brain activity.

As discussed above the confusion between rest/sleep and meditation may lead you to have an inaccurate goal for your practice.

The link between sleep and meditation practice is certainly present though.

With meditation experience, sleep duration decreases, and the quality of sleep increases. Also it is likely that incidences of lucidity and even astral travel type experiences will increase too as a result.

In some studies, three or more year meditators show a decrease in average sleep times of almost 3 hours.

There is a lag time of benefit

Interestingly the results above don’t seem to be linear though.

In practice this equates to approximately less than an hour a week versus more than 3 hours a week.

It seems that at first, your attempts to meditate will likely produce more fatigue and then after time the reverse will become apparent.

As neural processing and efficiency improves, the system (body and mind) needs less recovery from the same amount of effort.., IE: less sleep is required.

So awakening is not just a metaphor.

It’s a result of neuroplasticity gained from sustained meditative/Theta based mind practice. 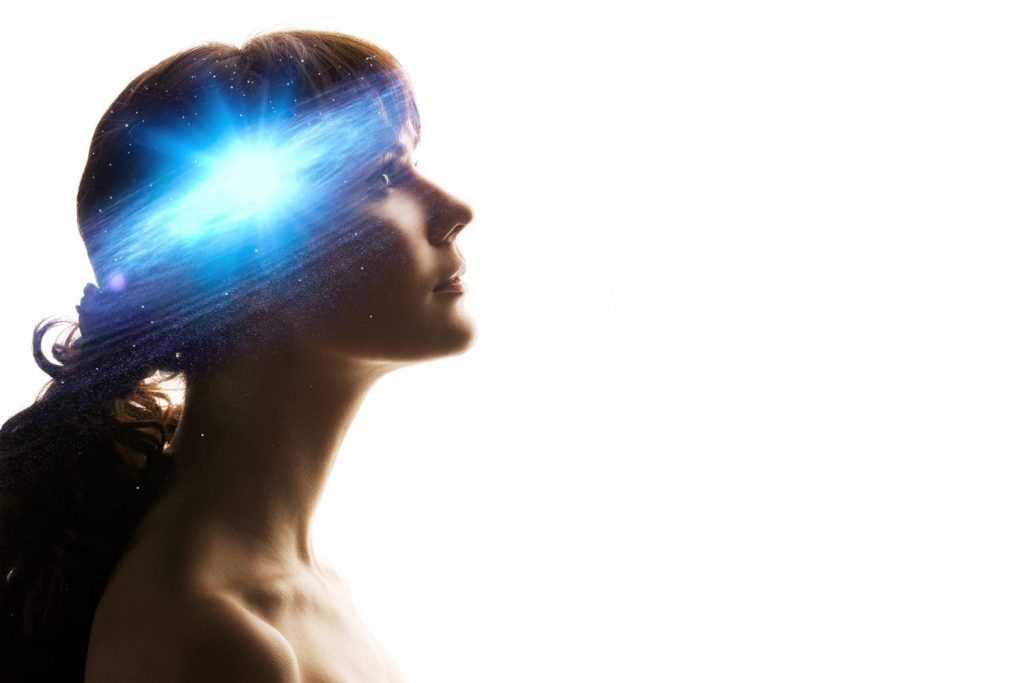 Brainwave entrainment as a tool for awakening

So how does all this help you with your spiritual practice and goal of moving toward being more awake or enlightened?

Knowing that deep meditative states have a certain brainwave signature means that you can aim for that on purpose.

I know for me that sometimes when I meditate, I either have such an active mind that it is really challenging.., or I end up falling asleep.

So anything that can help me get to, and stay in, that sweet spot of low Alpha or Theta brainwaves is a valuable asset to my own journey of awakening.

Maybe I will get there or maybe I won’t, but the benefits of being in that zone of relaxation on a consistent and reliable basis are far more encompassing than an awakened life.

Using technology as a catalyst for meditation

Audio visual entrainment or brainwave entrainment is one way of reliably getting into the state that science has proved is present in long term Buddhist meditators.

And in fact many experiments have shown that Theta and Alpha brainwave states are the easiest to achieve with this technology.

By using a brainwave entrainment session aimed and guiding you and keeping you in this mainly Theta based state.., you can short cut years if not decades of practice. By setting the brainwave states you want on purpose and getting there every time you can use this technology to accelerate the results of your meditation practice.

This is where entrainment meets the principal of neuroplasticity and rewiring your brain becomes just that bit easier.

The habit that becomes self perpetuating

Eventually.., you get so used to being in that zone of relaxed awareness that it starts to filter into your everyday life. And this is the key to any long term change. Not only that, but the psychedelic and deep trance states possible with stroboscopic light machines add a dimension to entrainment that has it’s own enlightening effect.

Being calm and stress free while sitting in a lotus position and in a quiet place is great. This pales in comparison however to being able to be in that same calm state while all hell breaks loose around you.

I remember the New Zealand prime minister David Lange (1984-1989) saying once when asked how he saw leadership.., “You need to look like if the walls all fall down around you, that you were out the back organising it to happen minutes earlier”.

See you on the other side of the light.

Awakening is not a metaphor >>