What are brainwaves, an introduction

[ What are brainwaves || Brainwave frequency listings ]

Also known as neural oscillations, brainwaves are the result of synchronised communication activity between many thousands of neurons in the brain. The brain by nature is electro-chemical and it is the result of this constant interplay of electrical activity that produces our patterns of brainwaves and our mental state.

Measured primarily by an EEG test via sensitive electrodes placed on the head, the dominant frequencies present during certain states of mind and even certain dis-orders have over time become well known and documented.

Our brainwaves are during day to day activities, constantly changing to suit the state of mind required for the context you are in.

Although usually at any one time there is a dominant frequency present, the overall brain state can often be more complex than that. There is a type of synchronised blend that create harmonies of brainwave activity and a feedback loop from one range or band of frequencies to another. For example in the case of Theta Gamma coupling where one acts as almost a type of operating system for the other.

The standard measurement for brainwaves is given in cycles per second or Hertz (Hz). 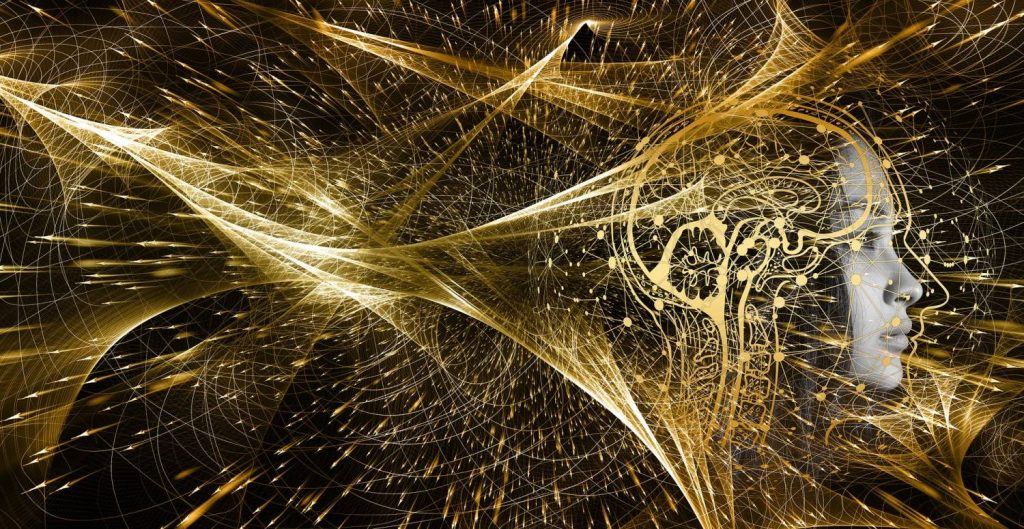 The specific range for each band listed can change depending on who is giving it. The below are the most common.

Most often referred to as super slow, infra low or just slow waves and sometimes included in the Delta range for discussion. These are a little difficult to accurately measure but are most often detected during very deep sleep. They are considered to be an underlying brainwave linked to many others and responsible for basic neural timing and function.

Stimulation at these super slow frequencies can in rare cases create dissociation and very deep states of trance or meditation although the most common result is sleep and delta is more useful for this.

Most common in deep meditative states or non-REM sleep, Delta waves are the state the brain goes into during the deepest phases of sleep where restoration, recovery and growth take place. Human growth hormone (HGH) is released during this brain state as well as processes of brain cleaning where toxins are removed. As people age they sometimes lack this level of sleep and it is suspected that this is a major part of what causes age related disorders such as dementia and Alzheimer’s.

Stimulation at this frequency can create extreme relaxation and a feeling of rejuvenation and renewal.

Typically we sleep in 90 minute cycles of which Delta is the lowest dreamless state and Theta is the most common where most of our dreaming occurs.

Delta activity is also present when memories are replayed and encoded into long term memory during sleep.

Most common in sleep and also trance and meditation states and sometimes referred to as the twilight state.

This is where we dream and get access to our unconscious thoughts, memories and other worldly experiences. Stimulating frequencies in this range can lead to emotional release, meditation states, hypnotic trance and even increase blood flow to the brain. This state can also be achieved without the label of meditation resulting in a free flow of idea’s, thoughts and intuition like when running, listening to music or relaxing in a shower or bath.

Alpha is the in between state of a quiet relaxed but semi alert mind. Almost like the bridge between our conscious and unconscious minds and the brains resting state of calm but aware. Mild meditative states and activities like reading and a present focused mind with a good mind body connection are encouraged with Alpha stimulation.

Walking in nature or closing your eyes will often quickly get you into an Alpha state.

Where Alpha is considered to be a non aroused state, Beta is an aroused active state.

This is where you spend most of your day. Alertness and creativity as well as positive moods are common here along with some less desirable states like stress and anxiety.

This is an outwardly focused state of mind compared to the lower frequencies that are more inwardly focussed.

Stimulation at this frequency can result in attentiveness, focus and problem solving to name a few of the more active mind tasks.

Within the Beta range are levels common to readiness at the lower end to active engagement in the middle and excitement or stress at the higher end. Too much time spent here can be tiring and uses a lot of energy. Too little time here can lead to a low mood or depression.

The low end of this Beta range is also called Sensory Motor Rhythm (SMR) that is characterised as 12 – 15Hz and considered an idling frequency of the brain. IE: A type of readiness for either going higher or lower in an instant.

The fastest brainwaves currently measurable with any accuracy, Gamma brainwaves are only recently becoming more important in research as the EEG equipment to measure them has become more able to separate them from brain ‘noise’ caused by body movements and other interference.

Fast but subtle, these frequencies are involved in many of our day to day functions and even in our sleep for memory consolidation and dream processes.

Long term meditators have been found to have higher amounts of Gamma in their brains leading with other findings to speculation that Gamma is an important part of higher awareness, cognitive ability and more kindness and love based states.

Gamma is even in studies currently for it’s potential to improve cognitive function and possible even reverse or halt age related cognitive decline such as Alzheimer’s.

These terms are rarely used and often this range of frequencies are included in the Gamma range. They are very hard to measure but some reports refer to them as being the source of loving kindness, empathy and high awareness states.

Again these benefits are usually included in the Gamma range but experience in creating sessions for people that include this level of stimulation has produced some quite dramatic results.

In summary, your moment to moment state is naturally linked to your brainwave patterns. An imbalance or over stimulation in one range can create a number of mental challenges ranging from ADHD to anxiety.

There is a growing body of research and knowledge to suggest that stimulation such as with audio visual brainwave entrainment technologies and neurofeedback practices can and does help people correct that balance and kick start parts of the brain and processing going again.

And then there is the more fun centred entertainment and inner journeys that can be experienced particularly with photic/light based brainwave entrainment and audio visual entrainment. And that, is another subject entirely.

What is brainwave entrainment >>